Are you a hardgainer?

If life has got you down because you’ve found yourself to be an incurable hardgainer, I have news for you, you can build muscle just like everyone else.

A hardgainer is someone who is naturally small, has less strength, and cannot seem to put on musculature onto their frame.

Multitudes of men and women accept this as true. That their bodies are genetically programmed to stay skinny and weak, nonetheless of how intensely they train or how much they eat.

But when I come across them and ask them what they’re doing dietary and training wise, all of them are making significant errors.

Most of these mistakes people make when they’re not growing or changing the composition of their body is:

The fact is, everyone benefits from training.

There are gradations of people who benefit more, some benefit less, but ALL benefit to a degree.

If you are a hardgainer then you are in luck, while it is “somewhat” more difficult to put on mass to your frame, you are likely able to lose fat or maintain leanness very easily. So adding 15 pounds put on a lean frame can be a relatively dramatic change, and if you know what you’re doing, that’s 3-5 months of work, at the most.

And no matter what you are able to do that.

But it’s imperative that you know what to do in those 3-5 months to achieve it. And it primarily boils down to doing two, simple things: eating food, and getting stronger.

Now this may sting a bit.

But you probably aren’t strong enough, and moving enough weight to make your body change. Your muscles have to be stimulated to grow. That means you must push them with intensity. Most are simply just too weak on important lifts. But you can change all of that, right now.

The human body holds the same genetic systems that result in muscle growth and fat loss.

No matter what, it’s abundantly clear that some individuals do respond better to training than others. Additionally, it is clear that ALL get stronger when they start training.  But your genetics can make it easier or harder to build muscle and lose fat.

Some people innately have higher testosterone and growth hormone levels, which means a leaner build and overall more rapid muscle growth. Some people’s bodies have the ability to mobilize fat stores much more efficiently than others, making the quest for fat loss much easier.

But if they’re making mistakes and err each time they step foot in the gym or finish their dinner, there is untapped potential left over.

Your body might be able to do these functions relating to these things more efficiently than mine.

Just because you’ve been “that skinny guy” for most of your life doesn’t mean that all hope is lost and you’re destined to be that way. That is a fallacy you’ve constructed and it’s kept you from putting in the work. Or the work you’ve been putting in has been sub optimal for your physique.

You could be better at building muscle than me

The understanding and getting the body to perform these functions is much more conducive to success than to woe about your “hardgainer” efforts. You could be better at performing all of these facets of these physiological responses.

The only thing then is that I know more about proper strength training, dieting, and rest. That is all. You could be making errors without knowing. One enormous error is how much to train for growth.

The dose of training matters SUBSTANTIALLY

While this is for endurance training, it is very applicable to how different variances of training do play an impact on some due to their lifestyle, age, and genetic predisposition. Strength training research is assessed in comparison later in this article down below. This is used to draw parallels and contrasts between training. While everyone is different, they all respond.

Once training had commenced for 6 weeks, if someone’s peak aerobic power did not increase, they were primarily categorized a “non-responder.”

69% of the people exercising 1 time per week were “non-responders,”

40% of the people exercising 2 times per week were “non-responders,”

29% of the people exercising three times per week were “non-responders,” and, tellingly,

none of the people training four or five times per week were “non-responders.”

The “non-responders” or trained for another six weeks, with the addition of two sessions per week.

With another six weeks of training, there were no non-responders.  There was still a lot of variability in results. For instance some people’s peak power improved much much more, and some people’s didn’t improve very much. The findings were clear that everyone’s fitness DID improve.

It may be a parallel response with strength.

This recent study shows that not only is the programming important, but the consistency and dose matters. DISPROPORTIONATELY to the success and physiological change.

This research measured changes in lean body mass, muscle fiber size, strength (leg press and knee extension), and physical function ( the measure of chair rise time).  The findings reviled that every one of the 110 participants measurably improved in at least one of those attributes

It did depict that there are a certain amount of people who don’t get either bigger or stronger in reaction to training.

All but one person gained at least some strength. “Non-response” rate for strength is much lower than for hypertrophy in the first place, but this is impressive when you consider the population in the study.  All participants were at least 65 years old. Younger people respond substantially better to strength training. So, I hope you’re understanding that you’re hard gaining fallacy has been debunked a little bit more.

But the particular reason why some just did not respond with muscle growth. When the body is overly stressed its response is too drastic to deal with.

Some responded post workout, with a higher inflammatory response than regular with resistance training.

This can be due to the non-response, or lack of growth.

The individuals people whose muscles either don’t grow or grow very little in response to resistance training – may be experiencing a problem in their immune system, which results in excessive muscle damage and inflammation that inhibit their muscles from growing.

We know that the muscle damage is necessary. And we know that muscle damage people experience in the nascent stage of training can inhibit muscle growth, the muscles just want to repair themselves to the shocking stimulus first, let alone begin growing. Weeks are required for the collection of muscular and physiological adaptations to ramp up and partially protect the muscles from damage. Once this has commenced the muscles start growing fairly lock in key.

This inflammatory response could be due to the immense protocol of the study, which were 3 sets EACH EXERCISE of squats, leg press, and knee extensions, three times each week, with all sets taken to failure.

That’s 27 very demanding sets which is taxing on the central nervous system of new weight lifters.

The people who are typically not responding are having just an overall too much muscle damage, and their body’s response is less positive than others who have healthier responses. Just as water is GREAT for you, too much and it negatively affects you.

Which makes sense, we all do not start from a single base line on any attribute in our body.

So there would be a select group with a lower health status that cannot respond as efficiently to an intense strength regime of that nature.

It’s more conceivable that many of the non responding participants failed to make gains because they’re just training too much, and their muscles take longer to start acclimating and responding to this newly created stimuli. Some individuals bodies are just more capable of recovering at a quicker pace.

You don’t want to beat yourself to death and treat training as punishment. You can train too much and get no results.

The much higher mechanical stress of weight bearing exercise potentially shows there is much less leeway on hitting the sweet spot of intensity/reps performed, duration, and on how much dose you need, in comparison to endurance training.

Training is a stress you put on your body.

How your body accrues more lean mass and strength is to get the correct dosage of stress. It isn’t the stress that makes your body lean, strong, and chiseled. It is your body’s response & recovery to the stress, and it can be abused and overused, hindering your body’s response to grow.  The dose must be enough to have your body respond and prepare for it once again in the future, and then next session you slightly increase the stress you place on your body.

Over the course of time, this is how you acquire strength, endurance, and lean mass. 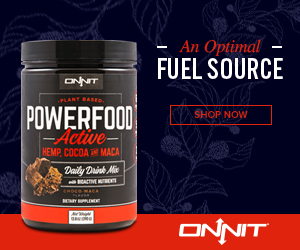 So with that in mind, here are 5 simple strategies to try to get more out of your training if you’ve been disappointed by how much muscle you’ve been able to build:

In terms of exercises, if you want to really get the most out of your training, you must be doing the following exercises every week:

In essence, many bodily responses vary, but the systems in which they run on are very much the same. The response time and amount of response is what varies. The body will respond in the beginning stages variably BUT over the course of time your body will become acclimated to the training and grow.

If you want the end all be all of training that will eliminate Your inner “Hardgainer” check out our training systems!

Want to know how to build muscle and where to start with your workout FOR FREE? Get the Ultimate Muscle Building Guide.  You will:

If you want to lift heavier check out these kick-ass Captain America Shield Barbell Plates!